From Cameroun, Zaire, and Congo, the continent's dominant beat: Afrorumba over sweetly chattering rhythm guitar, hooked on the opening cut by a refrain so unforgettable Pete Seeger would shit cobalt in the Hudson for it. Let Them Eat Jellybeans! Plus lyrics, addresses, band lists, and much, much more! Carry On Oi! And the way one band after another emits virtually indistinguishable bellows of jolly rage is mutually reinforcing--gives you the sense that all that enthusiasm adds up to a movement.

But the songs really are pretty hard to tell apart. And the recitations and pub-sing laffs that tie it all together wear thin even faster than most concept moves. A Christmas Record [ZE, ] Most of this oddly ambitious nine-song anthology seems a little off, but that suits its odd ambition, which is seeking the spirit in an audience turned off by seasonal shtick. Was Not Was and Alan Vega take on involuntary and semivoluntary poverty, the Waitresses aim for the singles bars, and Davitt Sigerson should by all rights be earning royalties up there with Irving Berlin--or at least Torme-Wells or Davis-Onorati-Simeone.

Greatest Rap Hits Vol. Doug Wimbish! In its way, rap's up-and-at-'em sex-and-money optimism is as misleading as the willful down-and-outism of L. But the way these fast talkers put their stamp on a cultural heritage both folk and mass is the most masterful pop move to hit Communications Central since the Ramones. Hicks From the Sticks [Antilles, ] I don't think I'm familiar with any of the tunes on this cut compilation, originally released Brit in by Rockburgh Records.

But I might as well be. Here on one convenient A side is everything that has made the Anglophile dance-rock scene so deadly--the synth grooves, the minimelodies, the robot vocals, the confusion of late industrial anomie with the zeitgeist.

In short, the new art-rock and the new disco in one conflation, with the boring rhythms of today replacing the boring solos of yesteryear. I mean, when a pop admixture provides the rock and roll, I go home. Greatest Hits Vols. So it's no surprise that the hooky and not so hooky samplings on this well-chosen twofer tend toward faddish one-liners. Martin, good bait for the Fall, the Buzzcocks, and get hooked Sector 27, and crowning it all Brian James's "Ain't That A Shame," which may not be heard again until the pop archaeologists get to work.


The "King" Kong Compilation [Mango, ] Greil Marcus compares the late Leslie Kong to Sam Phillips, and as the man who turned ska into reggae he deserves the accolade, but it was already in the global village by then, so it's no surprise that there's a Jerry Wexler not Berry Gordy sophistication to his sound. Propeller [Propeller, ] This cooperatively produced eighteen-song tape hang together for a simple reason--none of these ten Boston bands was born to rock. Not that they don't try; not that they don't often succeed. But they come to their often punk-funked popsongs self-consciously, with an awkwardness that is consistently charming.

For those who find that discos keep them up past their bedtime, here's an encouraging take on what's been happening--not world overthrow, that's for sure, but fun enough in the right doses.


San Francisco Blues Festival Vol. But though his sweet, piercing, subtly lubricious voice comes through intact, his command of the stage doesn't translate to stereo another live album pitfall. And on the B is Lowell Fulson, always the creature of his context even back when he didn't make his living on the revival circuit.

Farewells from Tin Huey and the Bizarros, remembrances from Chi and Pig, solid rock from Unit 5, blue-plate special from the Waitresses, imported no wave from Totsuzen Danball, and Hammer Damage's "Noise Pollution," which deserves to be covered back to back with "Sonic Reducer," although this version is sly and slick.

Executive producer Nick Nicholis has improved his quality control and dispensed with the silly synthesizers--if anything, this is too consistent. Those who'd prefer something weirder might try the wimpy punk of "Various Hoosiers" on Gulcher's Red Snerts. Although I'm still no fan of noise bands like Cabaret Voltaire, Furious Pig, and the Virgin Prunes, they do provide an appropriately urban-meditative environment when interspersed with more songful material from such unlikely sources as Scritti Politti slick, tough-minded schlock , Red Crayola Lora Logic sings , and Subway Sect hi.

Concerts for the People of Kampuchea [Atlantic, ] I'm a permanent skeptic about live albums, compilation albums, and charity albums, so don't call me sucker when I report the sound superb, the arrangements tight, the performances up, and the programming acute especially on the relentless Pretenders-Costello-Rockpile side. The Secret Policeman's Ball [Island, ] Who fans who covet the [ Concerts for the People of ] Kampuchea set should start instead with this concert for Amnesty International, which is to say for all of us.

Faves: the Minutemen, named for their preferred song length and given to unpunky little guitar squiggles; the Descendents second "Der Weinerschnitzel" how's that again? The off part is the problem--there's something dilettantishly cerebral in this very Manhattan sensibility that not only makes for novelties, but for novelties you're liable to forget until somebody else puts them on. Louis, this fundamentalist compilation--roots reggae as a music of militant religious homily--has an irresistible integrity.

Its simple determination matches its singsong melodies and solid rhythms, and the singing is crucial: Culture's Joseph Hill hasn't sounded so impassioned since Two Sevens Clash , the Gladiators' Albert Griffiths outgroans Marley on "Small Axe," and the Itals' Keith Porter does "Herbs Pirate" so nice you'll settle for owning it twice. It simply means: going out, checking the music, dancing and, cool or passionate, having the Best Time. But also as in the slang term for the Congolese style that dominates the continent's pop--which this features, thus avoiding the eclectic distractions of Mango's first Afropop collection.

Salsafied stuff with vocals that sometimes float sweet and high and sometimes twist and shout, none of it by big-name stars. In short, an African disco compilation. But it's not enough. Great pop is a tricky commodity, and this isn't quite tricky enough to make up for received melodies and competent-plus vocals--not even in the groove.

Everything New Is Old. Not only is its view of romance willfully adolescent, its view of adolescence is willfully romantic, inspired in the face of irrefutable evidence by a few freak singles, most of them slow which is a snap to duplicate and preternaturally beautiful which isn't.

Even its oft-heralded vocalism serves this vision--doowop tenors are supposed to be mild, as moony as "a teenager in love. In the great indie-label tradition, it concentrates on the catchy and programmable, including five ingenious covers, so that most of the slow songs sound beautiful, though rarely preternatural. The Nairobi Sound [Original Music, ] It's not "primitivism" or "simplicity" that makes African pop so exciting--it's the doubly complex interaction of two sophisticated demotic languages, polyrhythm and technomedia, each with its own style of self-consciousness. Very local in origin and outreach and not really intended for dancing, these Kenyan tunes, especially those in the acoustic and rural "dry guitar" style, have enormous charm and not much impact, except for those always special moments of inspiration that propel folk music out into the great world--like the soprano duo "Chemirocha," which technomedia fans will be pleased to learn is a tribute to Jimmie Rodgers.

Peripheral Vision [Zoar, ] Ah, these boho compilations. Unless they've all improved as much as Mofungo has since , of course. I hope the album V-Effect deserves is better recorded than these two cuts, which are the best-sounding things here in more ways than one nevertheless.

Which leaves the Scene Is Now, whose "Finding Someone" should be the single, and the Ordinaires, who combine the nicest parts of Glenn Branca and the Moody Blues and more power to them. Ah, these boho documents.


But since neither was by a scene-making band, I understand why compiler Tom Goodkind didn't. And since Goodkind led U. Ape, I understand why he chose that one, which in truth sounds better than the Mumps, Speedies, and Student Teachers songs that close the thing.

In between we get what sounds in retrospect like a lot of primitive art-rock Theoretical Girls the savviest and a lot of primitive pop Nervus Rex the most polished. Although scenes are often better seen than heard, down beneath the greats this one just about earns its document. 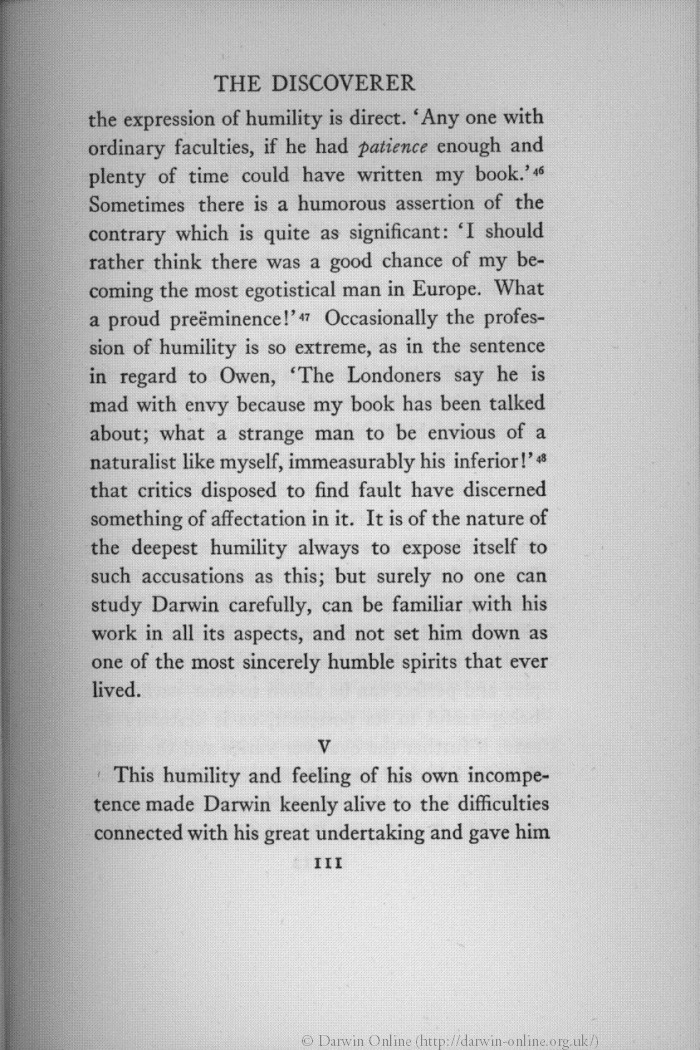 But it doesn't make you bewail its wasted genius. And where's "No More Nukes"?

Soweto [Rough Trade, ] It's fair to assume that these fourteen crude, tuneful little singles, released six or seven years ago out of a Johannesburg record shop and featuring a writer-producer named Wilbur Dlamini and a backing band of Jo'burg Zulus called the Bamalangabis, are typical of nothing.

They're apolitical except by their sheer existence, mostly small-group instrumental, with guitar, sax, and organ leads. Not too clearly recorded, either.