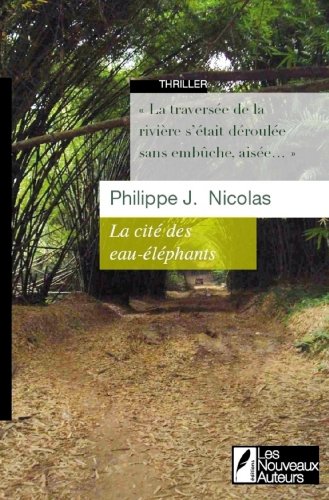 
Or at least you could have asked me to take part in the construction. In my capacity as an architect I have conceived many varied monuments over the years, beginning with a statue honoring our former sovereign Louis XVI in During the Revolution, I proposed several monuments, temples and buildings dedicated to the Liberty and Equality of our citizens, as well as to the bounties of Nature. Even now I am continuing to work on the design of a palace for the Emperor Napoleon, in case he should return, with splendid and ornate interiors; I enclose one of my designs for an audience room that I think would please him.

October 11, To Jean-Jacques Lequeu, Architect Monsieur, I am returning the letters and drawings you have been sending me over the years. Although they are clearly the product of an extremely fertile imagination, I have no use for them, and I think they would be better off in your hands. Now that you have followed me to the end, reader, I must confess that I have fabricated this correspondence. I felt compelled to write these parafictional letters for several reasons.

S3 , we did not incorporate country specific changes over time in the final models used to predict dung density across the Central African forests. Instead we restricted our predictions to models with the same smooth function for temporal change across the Central African forests. Given the similarity in UBRE scores for the top models, we estimated elephant dung density using each of them Table S2.

The confidence limits are wide and the percent coefficients of variation were frequently larger than this was particularly the case for models including HII with the exception of models HII 3 and HII 5 in When models contained survey year the proxy for temporal change , we estimated elephant dung density in both and in , rather than just obtaining an average for the — period, which allowed us to calculate rates of decline and percent range loss from these models; estimates of the percentage of extremely low elephant density range overall and by country for and are also given Table S3.

Variance and percentile confidence intervals of elephant abundance estimates were estimated using a combination of nonparametric and parametric bootstrapping [86].

A total of bootstraps were conducted during which replicate survey sites, assumed to be independently and identically distributed, were resampled at random and with replacement until each bootstrap resample was the same size as the original number of 80 survey sites nonparametric component.

Estimates of elephant numbers were ordered from smallest to largest and the 25 th and th value was used to define the percentile confidence interval. The coefficient of variation was obtained by dividing the square root of the variance of the abundance estimates from the resampled data predictions by the mean of those abundance estimates. Dung density estimates were converted to elephant numbers using estimated production and decay rates since actual rates are notoriously difficult to collect [87] and were not available at every site.

A production rate of The same rate was also used to assess historical forest elephant loss up to [41] , ensuring comparative differences were not a function of this model assumption. To ensure that the decay rate used in the conversion was representative of our sites that ranged widely in space and time, we used the mean No particular geographical pattern for decay rate from west to east across the basin was evident in these studies, and the associated variance was low enough to make us more confident in our application of this as a standard conversion factor, whilst recognising that there is variation within decay rates associated with season, sunspots, and rainfall [90] , [91] , [92].

For this dataset dung density was reduced by Explanatory variables used in the GAM analysis were Table S4 [94] : i site-level at the scale of individual sampling units, ii country-level including country itself , and iii regional proxies latitude and longitude to capture possible geographical gradients in density not captured by other variables.

Square root transformations for hunter-sign frequency and human population density were considered due to possible undue leverage from the few high values.

The predicted likely influence on elephant density for each of the explanatory variable is given Table S4. Assumptions implicit in the choice of these variables were based on previous work [16] , [17] , [33] , [54] , [55]. We assumed that official protection of a site such as National Park status would reflect real protection, in other words that elephants would be more likely to be at higher densities in such sites.

We assumed that if guards were present at a site, that they were actually effective in deterring poaching. We assumed that our measure of governance CPI reflected the suite of social, economic, and development factors associated with each country; governance and development had previously been shown to be associated with elephant poaching by the two MIKE analyses in and [16] , [33]. Pearson's product-moment correlation tests two-sided with null hypothesis that true correlation is equal to zero were conducted for each pair-wise combination of explanatory variables considered.

Correlations between variables were taken into account to avoid the inclusion of highly correlated variables in the same model. Model prediction was limited to Central African forested regions, including swamp forest [96] , in the five countries with survey sites. GIS grids were created at a resolution of approximately 1x1 km 2 , and prediction was carried out at the same resolution. Generally, averaged estimates from the set of top-ranking predictive models were given.

Potential elephant range was defined by forest cover. Estimated conditional dependence of elephant dung density for top-ranking multi-variable models without hunter-sign used for prediction across the Central African forests, using the variables available across Central Africa either as GIS layers or in country-specific databases.


Results are shown for the 80 survey sites in Central Africa. Estimated conditional dependence of elephant dung density considering survey year by country for a multi-variable models including hunter sign.

Plot components are: Estimates on the scale of the linear predictor solid lines with the y-axis scale for each variable selected to optimally display the results, confidence intervals dashed lines , and explanatory variable values of observations rug plot - short vertical bars along each x-axis. Analysis results for top-ranking predictive models excluding hunter sign as an explanatory variable , which included a the Human Influence Index HII , or b human population density and proximity to road SPD.

Details of the variables included in each model are given and percent deviance explained and UBRE score value. If the model included the survey year variable then prediction is for the endpoints of the time series and ; otherwise the prediction can be interpreted as an average over the — time period. The average across all models for and for is shown, as well as the range Table S6 for a breakdown of forest cover by country.

Description of spatial variables, data source, method of calculation, likely influence on elephant density, UBRE score and deviance explained for the single variable models. Analysis results for top-ranking models which included the hunter sign variable. Hunter sign was not included in the predictive model across the Central African forests, as it was unavailable at that scale. Estimated forest cover by country as defined by Iremonger et al. The research authorities and wildlife departments from the Republic of Congo, Republic of Cameroon, Gabon, the Democratic Republic of Congo, and the Central African Republic are thanked for permissions and collaboration.

The Central Africa roads dataset came from Global Forest Watch supplemented with local knowledge for some recently built road segments. This paper is dedicated to the wildlife guards who have lost their lives across the African continent whilst defending the elephants and other wildlife in their countries, to our co-authors Lambert Bene Bene, Ymke Warren and Max Kokangoye, whose contributions to wildlife conservation live on after them, and to those brave individuals who continue to protect elephants. The funders had no role in study design, data collection and analysis, decision to publish, or preparation of the manuscript.